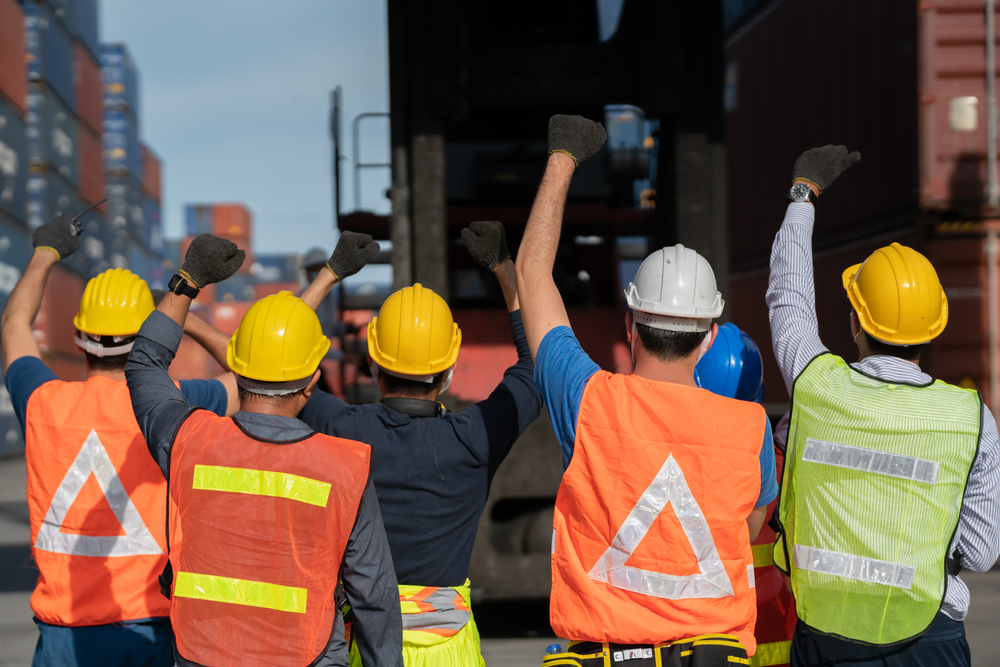 Both Rail and West Coast Seaports

Rail Carrier Negotiations Update as of November 28, 2022.
President Biden, during a late press conference on November 28, 2022, called on Capitol Hill to immediately pass legislation to avert a rail shutdown.  Democratic leaders say they could act as soon as this week to avert a rail shutdown by officially adopting a September tentative agreement approved by labor and management leaders.  A possible rail strike could occur as soon as December 9, 2022, should legislators not act timely.

While a rail strike may not foul up the holiday gifting, it will certainly affect consumers and businesses in various other ways. A prolonged strike could create all types of shortages, from gasoline to food to automobiles (just to name a few) and cause a spike in the prices of all types of consumer goods. It could also affect the commutes of tens of thousands of workers who rely on the trains to get to their jobs, could slow essential deliveries of parts, and may even force factories to shut down.

Railroad Carriers continue to advise that they remain hopeful of reaching new deals. So far, the carriers continue to reject the demands of the union negotiators representing the union members and their stated wants. The proposed wage increases seem to satisfy the union members, however the union leadership is asking for additional benefits which mainly include proposed paid sick days. As of now, the rail carriers have not agreed to these additional demands.

The railroads’ management statement said, in part, that rail unions have repeatedly agreed in previous contracts that short-term absences would be unpaid in favor of higher compensation for days worked and more generous sickness benefits for longer absences. Negotiations continue but unions may grow tired and could call for a strike. One union striking would set off a chain reaction for the other unions to honor the strike, as union members would not cross picket lines.

The International Longshore Warehouse Union (ILWU) and Pacific Maritime Association (PMA) contract negotiations are continuing.  The labor contract expired on July 1, 2022, and it was hoped contract talks would be settled quickly, however that has not occurred. More than four months have passed, and labor negotiations are still ongoing. For the ILWU, the main concerns are higher wages and automation that would eliminate jobs on the docks. Both the ILWU and PMA have agreed not to discuss the talks publicly, except for one spokesperson for the ILWU who has indicated negotiations “take time” and “the union remains committed to the process, with the goal of reaching a collective bargaining agreement with their employers that supports dockworker jobs and the American economy.”

Some worry the negotiations could continue through the end of 2022 or into 2023, extending uncertainty that has triggered shifts in trade flows and complicated planning in supply chains. Shippers have avoided the West Coast in favor of using East and Gulf Seaports in part due to the uncertainty caused by the lack of a settled contract. ILWU members have been working without a contract since the last agreement expired. Service levels at the West Coast ports remain steady and the Covid-induced supply chain grid has, for the most part, been resolved at the twin ports of Los Angeles and Long Beach.

For any questions regarding  these updates, please contact your Western Overseas representative.